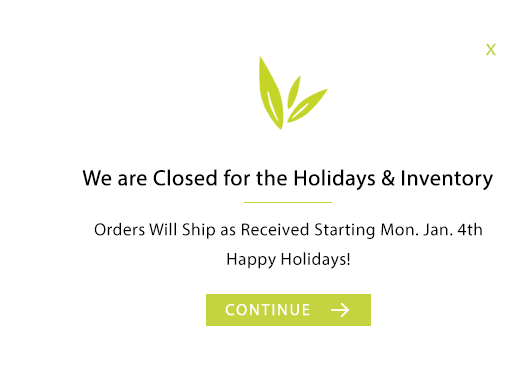 You have no items to compare.

Product was successfully added to your shopping cart.

January is National Hot Tea Month and most of us have already made resolutions of one sort or another. Those that are simple to incorporate into our lives are the ones we are most likely to stick with past January. The potential benefits of adding tea to our diets, an easy and inexpensive addition to our daily lives, may aid in the ongoing battle of the bulge and increase the body's immunity to colds and flu.

One recent study, published in the American Journal of Clinical Nutrition suggests that substances in tea may even promote weight loss by increasing the amount of energy spent by the body. The theory is that green tea, because of the catechin (pronounced "cat E kins") content, has thermogenic properties that promote fat oxidation, may work together with other chemicals to increase weight loss. With more than half of all Americans suffering from excess weight or obesity this is welcome news.

The study was conducted on healthy young men who ate a typical Western diet for six weeks. The study participants also consumed one of the following with each of their 3 daily meals;

The men in group A, who consumed the equivalent of 3 cups of green tea per day, showed a significant increase in the number of calories they used in a 24 hour period over either of the other groups B or C. This increase calorie burn resulted in more fats being metabolized by the body for energy.

Another study, published in the International Journal of Obesity, suggests that tea catechins may help resist the onset of obesity. Conducted by Japanese researchers the study compared the body weight and fat mass of mice who had eaten either a low fat or high fat diet, had exercised or had no exercise; had consumed tea catechins or had not consumed tea catechins, resulting in;

While looking so much better from drinking tea we also have the opportunity to feel better than our coffee drinking counterparts. Research reported in the Proceedings of the National Academy of Sciences found that people who drank3 cups of black tea per day produced 5 times the amount of germ-fighting cells than those who drank coffee, suggesting that tea drinkers have more ability to fight viral infections such as colds and flu than non tea drinkers.

"January's National Hot Tea Month can serve as a reminder to do something healthy for ourselves, like brew a hot cup of tea, which may provide a variety of health benefits, serve as a weight loss aid and help to ward off persistent cold and flu germs" said Joe Simrany, president of the Tea Council of the USA. "What more could you ask for in a beverage."

We wish you all a Happy New Year filled with Tea and Good Health,